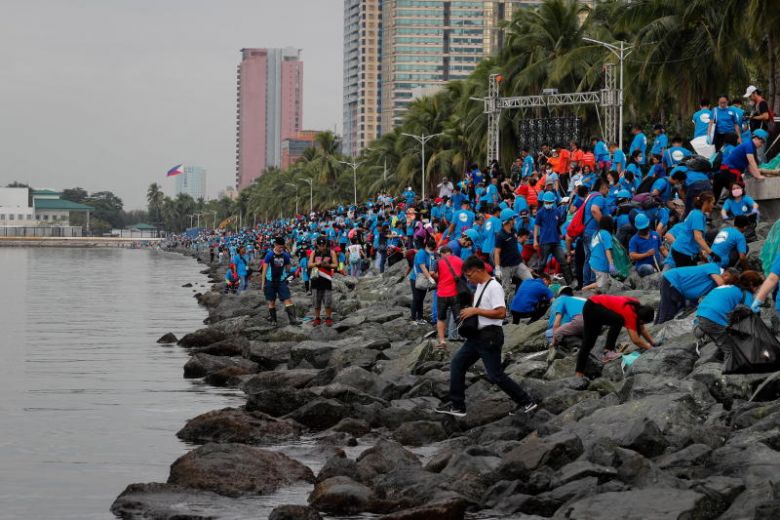 It aims to restore the water quality of Manila Bay in accordance with the Writ of Continuing Mandamus of the Supreme Court.

On January 27, 2019, DENR Secretary Roy A. Cimatu officially declared the start of the Manila Rehabilitation at the Baywalk in Manila.  On hand to witness the declaration, and also joined in the earlier event of Solidarity Walk  from the Quirino Grandstand to the staging area (Baywalk), were about 5,000 individuals, mostly representing the 13 Mandamus agencies, local government units, and private sector.

Calling it the “Battle for Manila Bay,” Cimatu, a former Armed Forces chief, said:  “This is one battle that will be won not with force or arms, but with the firm resolve to bring Manila Bay back to life.”

He added:  “With the commitment and determination of every Filipino to do his share in this rehabilitation effort, we have already won the battle for Manila Bay.”